iOS 12 Features You Must Know

iOS 12 Features You Must Know

Have you already updated your iPhone or iPad operating system to the latest version iOS 12? In case, you missed it, install it now. iOS 12 is fully packed with features that you wouldn’t want to miss on your iPhone.

Apple released its big update in September 2019 for almost all iOS 11 supported devices including iPhone, iPod, iPad, AppleTV, AppleWatch. To download and install this update

This update makes your iOS device powerful and intelligent than before. Here is why you must upgrade your device to the latest operating system, iOS 12.

Apple’s iOS 12 is not a radical change from its predecessor, but it has some new and amazing features that will change the way you use your iPhone or iPad.

Apple doubled down the performance of iOS 12 to help iPhone and iPad run faster and be more responsive. It functions well on older devices such as iPhone 5S and iPad Air as well.

The upgrade primarily focuses on reliability and efficiency. It supports all iOS devices that earlier had iOS 11. As per Apple highlights, iOS 12 offers “up to 70% faster swipe to camera”, “up to 50% quick keyword display”, and “up to 2X faster app access under heavy workload”.

Virtual voice assistant Siri has now become much smarter with the latest release of iOS 12. Siri shortcut is a way to get things done quickly, it automatically advises actions based on your app usage. These suggestions can vary from replying to a friend’s text or missed call alert. 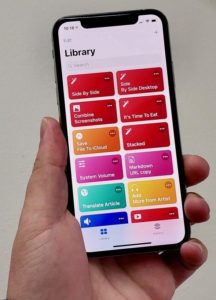 Some preloaded Siri shortcuts are available, you can still create it on your own. A phrase such as “Help me relax” will prompt a meditation application, or words “Find my keys” will trigger a Tile app and initiate the Geolocation process.

Apple introduced to us the feature Animoji also termed as Memoji. Create an augmented reality character that looks similar to you by choosing from multiple hairstyles, eye colors and other fun effects. In addition, the new Group FaceTime feature allows you to chat with up to 32 people at the same time. 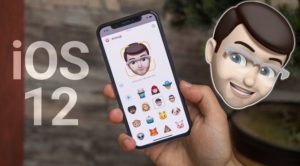 Apple announced the Screen Time feature in iOS 12 which provides insight and keeps a check on the time utilized on iPhone or iPad with a detailed weekly activity report. With Screen Time, you can set an alert to limit any app usage or generate downtime for a period restricting all unimportant applications. You may add it as a widget on your home screen for easy access.

Do Not Disturb at Bedtime

This option permits you to hide notification’s visual display at night. Now, only see a clear lock screen until the next morning. If you often use “Do Not Disturb”, set an end time to automatically turn the feature off after the event ends. This can be done by force-touching on the button in your control center. 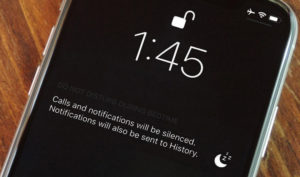 iOS 12 allows you to control your notifications. This barricades the constant attack by alerts. Group Notifications make it easy for you to view and manage them through an app at once. A new feature, Instant Tuning allows you to tweak notifications as soon as they appear. You can choose to mute bothersome notifications for a specific application and set them to “Deliver Quietly” directly to the Notification Center.

Two-step verification is great, but entering a six-digit security code received via text takes a lot of effort. iOS 12 upgrade eliminates such an issue.

iOS 12 automatically suggests a strong password for websites and applications which require a sign-in process.

iOS devices store these passwords and sync it to other devices as well.

As soon as a pesky security code is delivered as a text, it automatically appears as a pop up on your device with the suggested characters in the keyboard interface. Repeated passwords are flagged in Settings > Passwords and Accounts.

In iOS 12 update, Apple has come up with improvements including some really great features. There are other features and improvements in iOS 12 such as Apple Pay, third party navigation, Voice Memos, Apple Podcasts, Apple Music, Apple Books, Apple News, automatic software updates etc.

There have been some ridiculous flaws in iOS 12 which continue to be present in the current iOS 12.0.1 as well. The newly launched iOS 12.1 supports all iOS 11 devices. Compatible devices automatically prompt you to upgrade or you may choose to do it yourself by browsing Settings > General > Software Update.

Which latest feature in iOS 12 or iOS 12.1 do you think is the most valuable for you? Let us know in the comments!